So, you want to start slot car racing? It’s easier than you might have ever thought. Slow cars are miniature scale automobiles that receive juice from electricity running through the track rails they race on. This powers the electric motor inside of them, and a guide pin ensures that the vehicle stays on track.

Each vehicle, in turn, is controlled by speed controllers that modify the voltage amount. Racers want to provide enough force to gain plenty of velocities while staying solidly on the track. We asked the experts at the RC Superstore for more advice on this surprisingly simple concept. 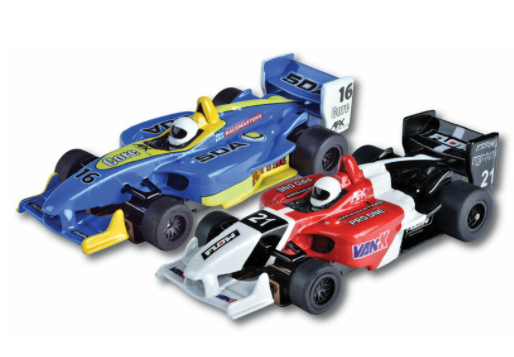 The Basics Of Slot Car Racing

Since you can’t drive a slot car full speed around the entire track, you have to be more judicious about your use of speed. In some cases, a steady hand will get around the track much better than someone who guns for it the whole way. Regardless of what sort of racing style you’re personally interested in, you’ll want to pay close attention to the issue of scale.

1/24 Scale And Other Proportions

Much like model railroading equipment, quite a few slot cars are made on an HO scale. AFX has provided a large number of cars on this scale, though there are several brands in the 1:87 scale space. Several other scales have become popular over time, but you want to make sure that anything you get matches the scale.

If you plan on joining a club that has an existing permanent track structure, then you’ll need equipment that matches what they’re working with. It’s not really possible to mix scales simply because the gear will be of different sizes, thus the cars won’t fit on different tracks.

Irrespective of the size, race barriers can be put up so you can be sure that the vehicles stay in a little better. Once again, though, the barriers themselves have to be sized correctly. In general, models of stock cars and open-wheeled racers should work as long as you have a solid track for them.

You might hear about some collectors who want so-called prototype models, like those marketed under the 24-Champions marque. These have more to do with the fact that the cars are modeled after some of the most famous real-world race cars in history as opposed to anything else having to do with internal design specs.

Eventually, you might find yourself gravitating toward collecting a certain specific type of model. For now, though, get some solid beginner’s equipment. Unlike in many other hobbies, the first slot cars you buy can very well grow with you and will still be useful later on.

Anyone who plans to start racing with those who have some established hobby shop-tethered infrastructure will potentially want to invest in the same scale of gear that everyone else is using.

Massive 18″ radius curves launch you into a heart-pounding, high-speed chase. It’s what I personally have because it includes 32 feet of track with 10 different pre-designed race layouts.

The choice can be a little daunting at first. Make sure to contact our team and get any questions you might have squared away. We’d be happy to get you up to speed in the fast-paced world of slot car racing.