There was a time when glow and gas RC airplanes enjoyed greater speed and power when compared to their electric counterparts. RC flying clubs have never turned away pilots who prefer electric models, but there is a certain feeling of superiority in terms of being able to fly faster and more aggressively with glow and gas models. Ever since the drone revolution started circa 2010, we have seen considerable advances in RC airplane technology, and modern electric brushless motors have largely displaced the nitro and gas-powered airplanes of yore.

The Need For RC Speed

Speed is something that all RC pilots crave, and this applies to all categories from cars to trucks and from boats to airplanes. Speed can be a problem for beginner nitro and gas RC pilots, but this is not the case with electric RC airplanes thanks to new technology that prevents crashes and makes it easier to control model aircraft. The following are five of the fastest electric RC planes we have:

As the premier brand of electric RC aircraft, E-Flite is renowned for innovations such as Sensor Assisted Flight Envelope (SAFE) technology, which allows new pilots to start flying models such as the Habu. Beginner pilots used to be discouraged from choosing RC jets as their first models, but not anymore. The Habu is a jet that beginners can start with, then switch to a 4S LiPo battery to take it to the next level! 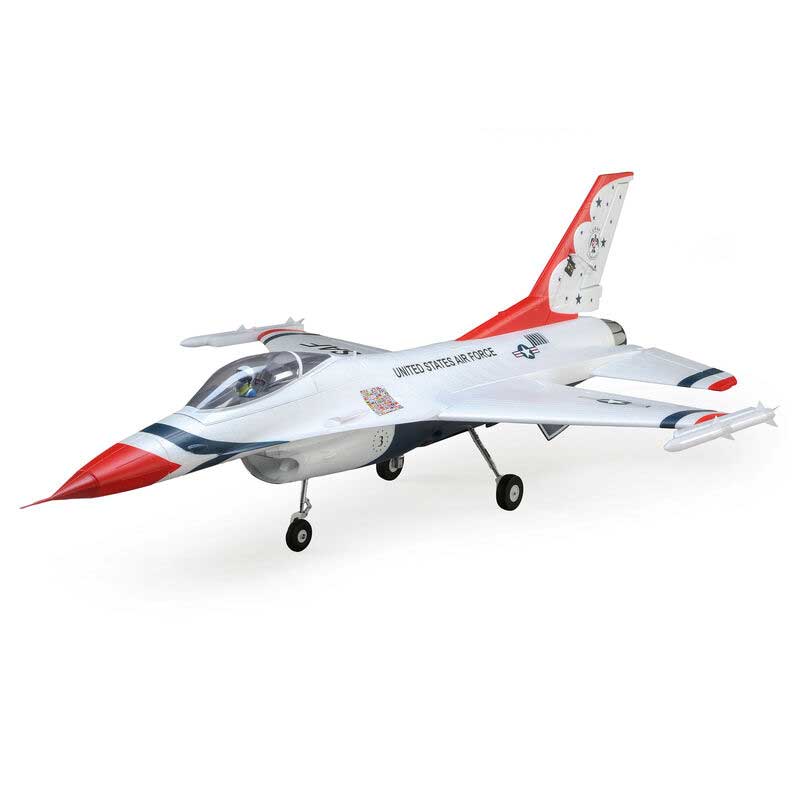 Military scale replicas are highly appreciated in the RC airplane world. Fresh from the success of the United States Navy F4 Corsair, E-Flite has released this speedy replica of the F-16 Thunderbird used by the Air Force demonstration and aerobatics team. 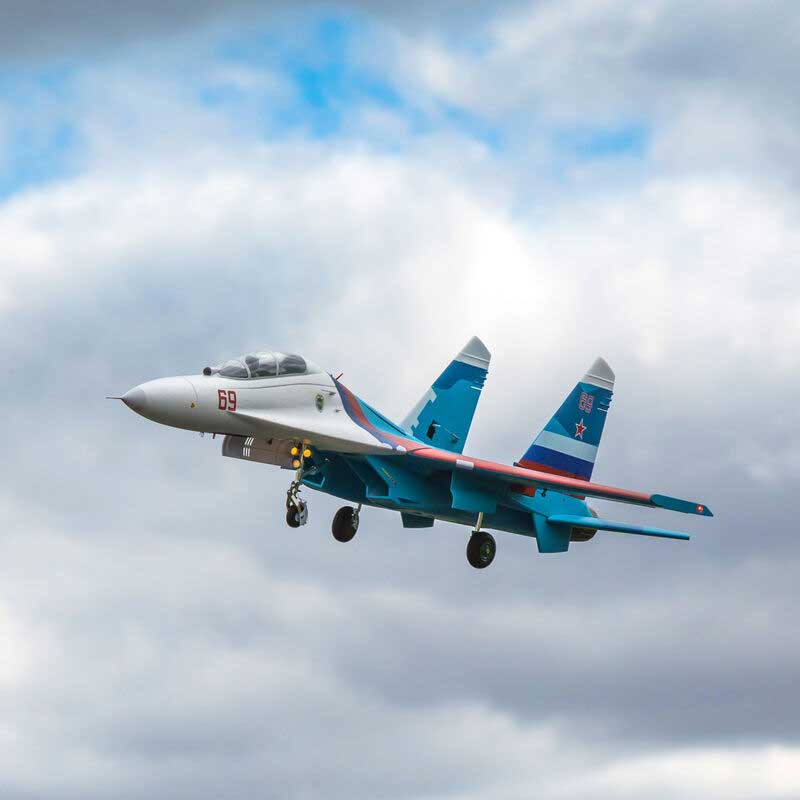 This combination fighter and attack jet developed during the final days of the Soviet Union is still in service; in fact, it is flown by the Russian Falcons, counterparts to the American Thunderbirds. As you can imagine, the blades from each 70mm ducted fan motor deliver a satisfying turbine sound. 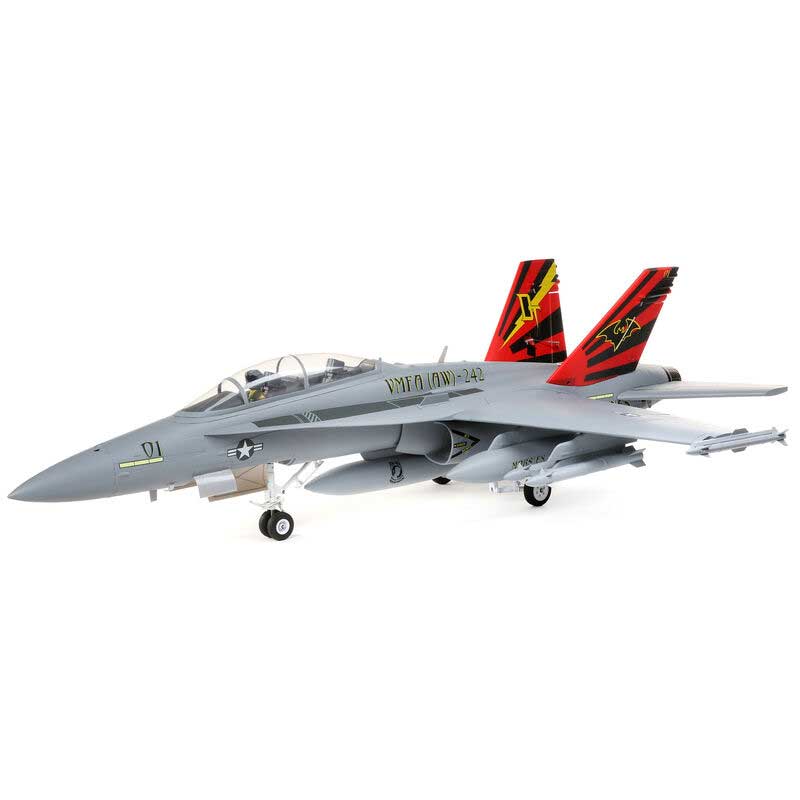 We all know that the F-18 Hornet continues to be one of the most reliable fighter jets flown by U.S. forces. The F/A-18 currently used by the Marine Corps serves a covert attack role; this faithful scale replica of the aircraft flown by VMFA(AW)-242, a Marine Corps squadron highly appreciated by infantry and ground forces fighting in Iraq. The 80mm ducted fan of this E-Flite model will certainly please speed demons. 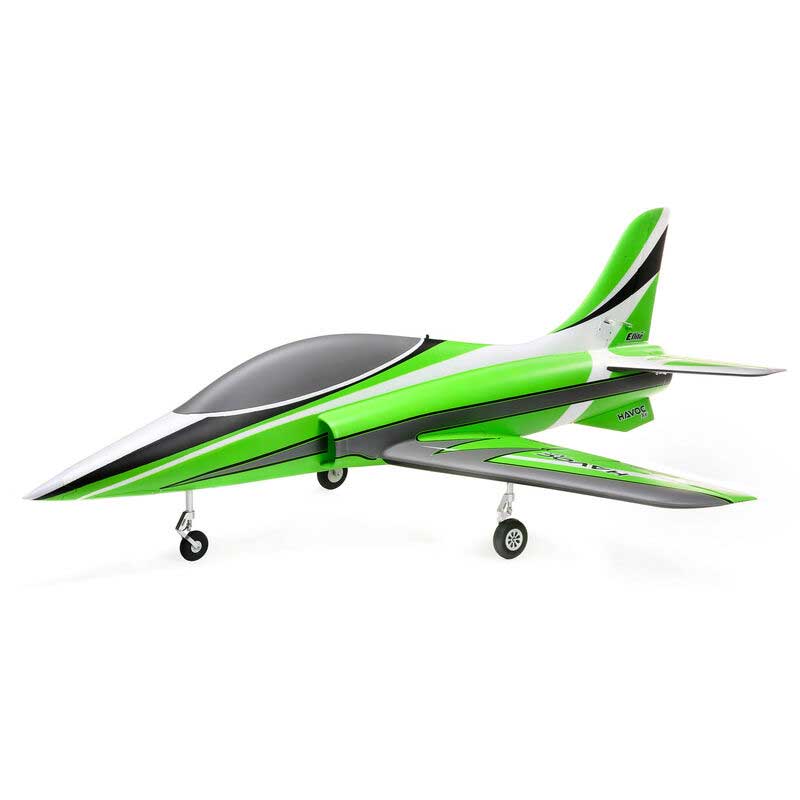 This is a licensed replica of the Elite Aerosports HAVOC jet; it may not be the best choice for beginner pilots, but it is equipped with SAFE technology all the same because you really want to protect models that fly at these high speeds. The HAVOC can fly as fast as 140 mph without sacrificing in terms of maneuvering and aerobatics.

RC Superstore is ready to answer all your questions about electric RC airplanes equipped with modern brushless motors and assistive flight technology. Contact our store today and learn more about the E-Flite models we have in stock.